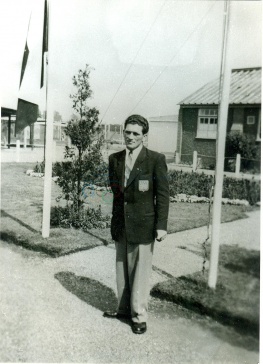 His parents came from Štúrovo and they moved to Budapest for work. However, within repatriation after the World War II, Toma and his parents moved to Partizánske, called Baťovany at that time, in 1946. He lived for several years in Slovakia, he boxed for the Sports Club of Baťovany (then the Sports Club of Partizánske) and the Sports Club of Komárno. Finally, the best boxer in our history settled in Prague, where he put on the dress of the Army Club of ÚDA. In his era, Július Torma belonged to the best and the most technical world fighters in amateur ring ever. He won six national championships in Hungary and ten championships in the Czechoslovak Republic. During his career, he lost just 27 official matches out of 996 (none in a domestic ring). After the end of his boxing career, he acted as the trainer gradually in the ÚDA Prague, US Prague and in Partizánske.